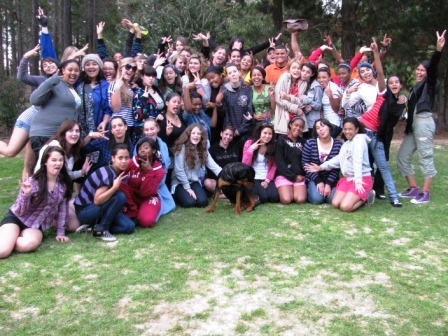 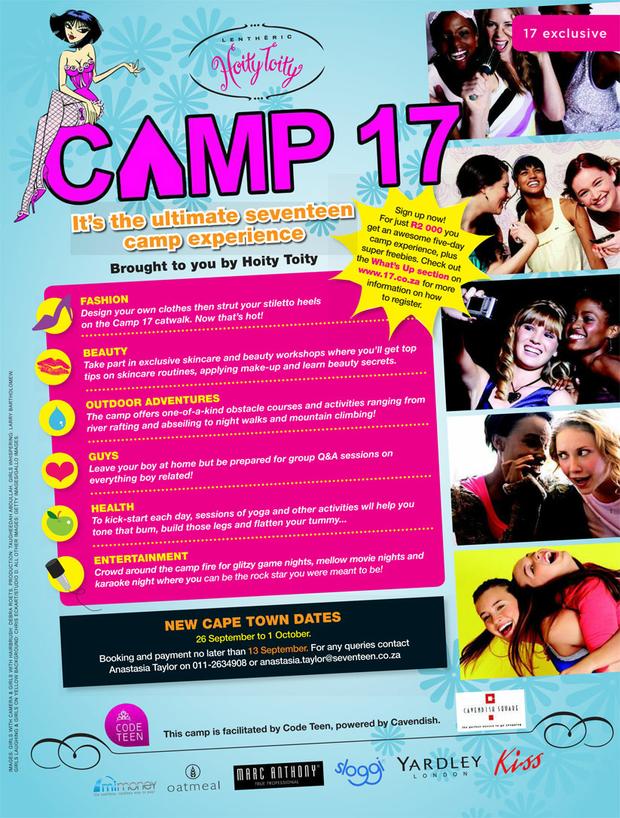 WHAT WILL YOU BE DOING?
Here’s a sneak preview of just SOME of the super cool activities you can expect on YOUR camp

GUYS 101 Everything a gals gotta know about guys - BOYOLOGY …at its best.
FASHION Design YOUR own outfits then strut your stiletto heels on the Camp 17 Runway.DIY your wardrobe- fit your SLOGGI Bra - work it girls!
BEAUTY Your own Exclusive Yardley Oatmeal Skincare & beauty workshop with SA’s Celebrity make up artist and stylist. Carl Isaacs will give you all the hottest tips on skin care routines – make up and all the “stars” beauty secrets.Plus take some time out and give yourself and your BFF’s a manicure or pedicure and test all the fabulous KISS NAIL PRODUCTS - try the hot bold colours or go for French Tips.
HAIR Look Like the Star you are with Marc Anthony Hair Care & styling products.
OUTDOOR ACTIVITIES Let the games begin … Team Challenges … show us what girls are made of!- A la Hoity Toity Style of Course!!
HEALTH The Hoity Toity Girls guide to healthy eating - Health and nutrition are the menus of the day … but sssshhhh, chocs and popcorn are sneaked in for movie night.PLUS kick start each day with Yardley Oatmeal Healthy Skin and Healthy Body Yoga sessions and other fab activities will get you rearing to GO!
ENTERTAINMENT Crowd around the camp fire for glitzy game nights, mellow movie nights(popcorn and marshmallows)the Twighlight Saga marathon, group entertainment challenges and Karaoke plus… Put on your dancing shoes – the Hoity Toity girls are on Camp 17!

BOOKINGS and more info : Check out the WHAT’s HOT section on www.seventeen.co.za or contact Anastasia Taylor.

MATRIC MINEFIELDS OR MAKE OVER 101 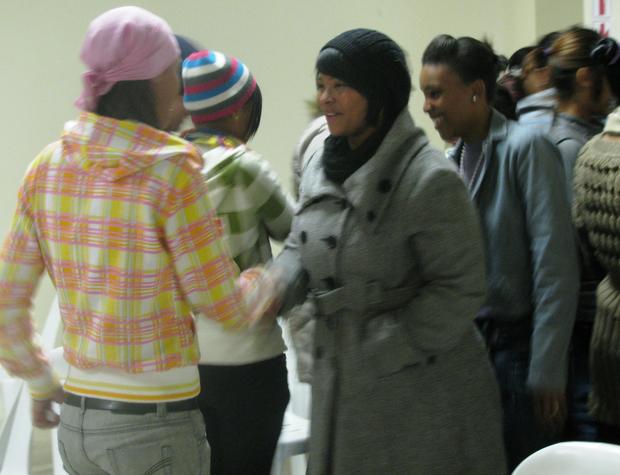 The Code Teen Matric Dance Workshop held at Vangate Mall on Womans Day was tailored to include ALL the essential social skills,dating guidelines,fashion and make up tips,grooming and pre dance preparation to ensure the BIG NIGHT is filled with FABULOSITY

The workshop highlighted ” the Matric Dance and BEYOND..”_(sourcing the “perfect dress” - the accessories and the after party- Make Up and party girl tips AND the girls favourite ” BOY PANEL DISCUSSION” which translated the ” mysteries of GUYS on the special occasion ” thanks to our VIP Guests DJ EAZY-PAGS and MIKE .

The Girls all left with FABULOUS Goody Bags thanks to Vangate Mall and CLUB X spoiled the girls with the latest Club X Mag and one lucky Shopping Voucher .

Celebrating Womans Day with the Next Generation of AWE INSPIRING WOMEN 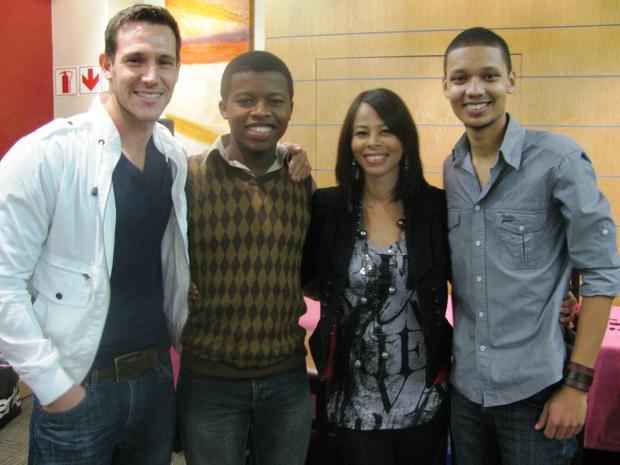 WHEATT (Womans Hope Education and Training Trust) hosted a CODE TEEN experience at the ARTSCAPE Womans Festival.
90 Teenage Girls majority from disadvantaged backgrounds-safe houses and homes were enriched as they Decoded Girl World and discovered how to unleash their potential and strive towards being leaders and role models in the next millenium .

We talked “FEM FACTS”and Hygiene-the essential myths and truths to being a woman AND the girls were inspired with DIY Fashion Tips -learning how to look fabulous and make the most of a limited budget.

THANKS to WHEATT for the constant belief and support of CODE TEEN - PLUS the awesome ” Lumo” GOODY BAGS which the girls all received and ..
CLUB X MAGAZINE for the FAB Shopping Voucher and Magazines to inspire and revolutionise the ” Next Generation”

In association with the ACVV 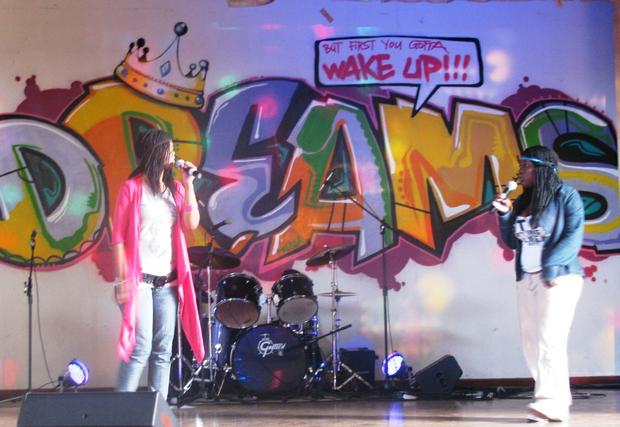 SAFE- INFORMED and INSPIRED as we produced the ultimate “Teens On Stage” BACKSTAGE PASS experience.

The 150 teens were indulged with crucial life skills on self esteem, self belief and self respect- leading up to the ultimate stage show production.Workshops included overcoming life’s hurdles, accepting challenges and ultimately becoming the you that you really can be!

Together with CODE TEEN the 150 teens over the 4 weeks were styled, trained and groomed by SA’s top models, make up artists, stylists, DJ’s, choreographers, Hip Hop dancers.
Finally all the hard work culminating in the “Backstage Pass Teens On Stage” production where the local community experienced the ultimate showcase of talent and reformed ambition as the 150 teens produced -showcased and unveiled a medley of talent, aspirations, determination and dreams …
ULTIMATELY … the destiny we are ALL capable of.

Our SINCERE THANKS from us all at CODE TEEN to the incredible friends - colleagues and partners who made this dream come true :
*ACVV Peninsula Management and The National Lottery for their belief in CODE TEEN,
*Abi & Mike from our Code Teen Team for endless passion and energy with our teens,
*Carl Isaacs Hair & Make Up Institute_ for transforming the performers_
*Martin Myers -Sony BMG and Triple M Music
*Gavin Taylor -Grand West Entertainment
*Yaz and the Amanzi Blue Team
*Just Sets Cape Town
*Ultra Events
*Do Re Me
*Falko “The Grafitti Maestro”
*Kurt and the African Hip Hop Studio
*Dutch Tulip Productions and Gavin Taylor for ensuring each Teen has a DVD of the show and memories to last a lifetime
*Buuren High School
*Maitland High School
*De Grendel High School

The Teenagers chose the wording which was printed onto their T Shirts - it said “REMEMBER THIS FACE I AM GONNA MAKE IT BIG”
…. and we KNOW THEY WILL!!

Empowering the Young Women of the 21st Century 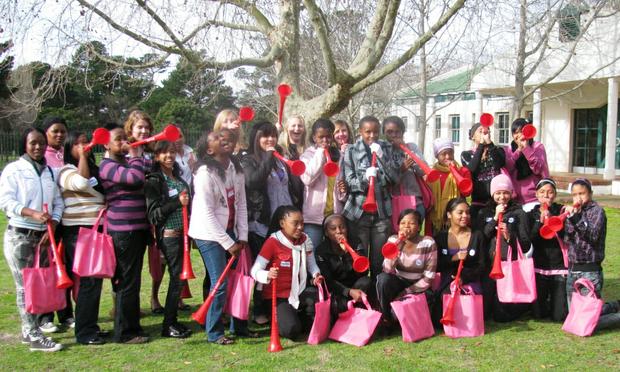 The Funky -Fun Filled days were jam packed with essential tools and information designed to motivate and empower the young women of the 21st Century.
The girls were given a sneak preview into the hottest cover girl make up trends and indulged in “girls go shopping” a fashion tip feast of how to create the ultimate wardrobe from a few basic essentials and D.I.Y re-inventing last seasons favourite key items.

A Huge THANKS to WHEATT. 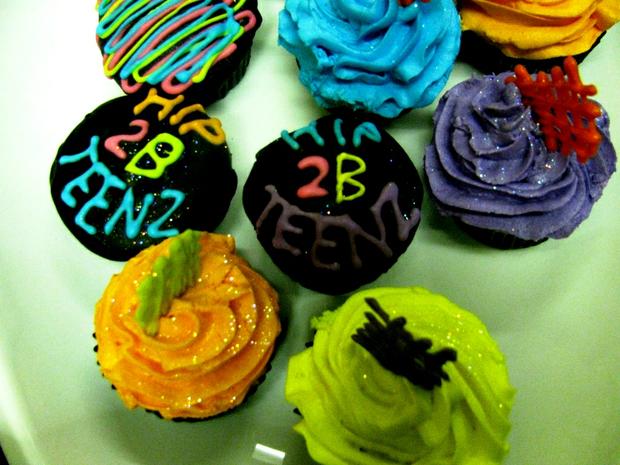 Brought to you by Hoity Toity and facilitated by CODE TEEN. 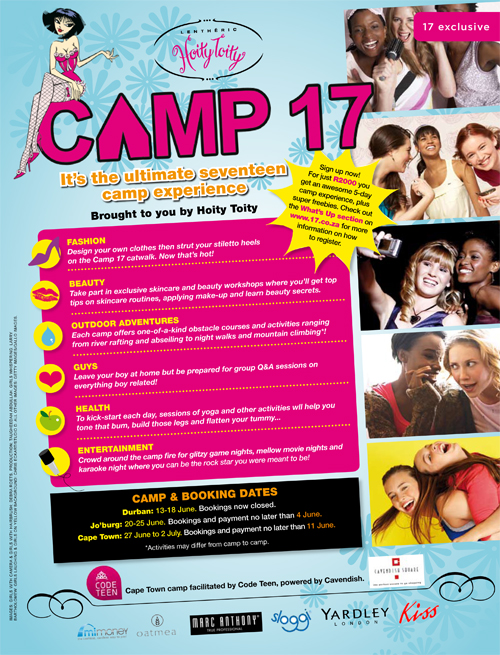 FASHION: Design YOUR own clothes then strut your stiletto heels on the Camp 17 Runway.
DIY your Wardrobe, fit your sloggi bra - work it girls … now that’s hot!
BEAUTY: Your own Exclusive Yardley Oatmeal Skincare & beauty workshop with SA’s Celebrity make up artist and stylist. Carl Isaacs will give you all the hottest tips on skin care routines – make up and all the “stars” beauty secrets.
HAIR: Look Like the Star you are with Marc Anthony hair care & styling products.
OUTDOOR ACTIVITIES: Let the games begin … Team Challenges … show us what girls are made of!
GUYS: Leave your boy at home but be prepared for group Q & A Sessions on everything boy related … BOYOLOGY at it’s best!
HEALTH: To kick start each day – Yoga and other fab activities will get you rearing to GO! Health and nutrition are the menus of the day … but sssshhhh, chocs and popcorn are sneaked in for movie night.
ENTERTAINMENT: Crowd around the camp fire for glitzy game nights, mellow movie nights and group entertainment challenges. Put on your dancing shoes – the Hoity Toity girls are on Camp 17!

HOW DO YOU QUALIFY:
Join Camp 17 and the Team in Cavendish Square Centre Court on Saturday 5th June anytime between 10h00-12h00. Fill in the entry form and qualify for the draw at 12h00 to win your Camp 17 Experience fully paid for.

BOOKINGS: Check out the WHAT’s HOT section on www.seventeen.co.za or contact Anastasia Taylor.

The definitive holiday vibe just for teenz, girls and guys! 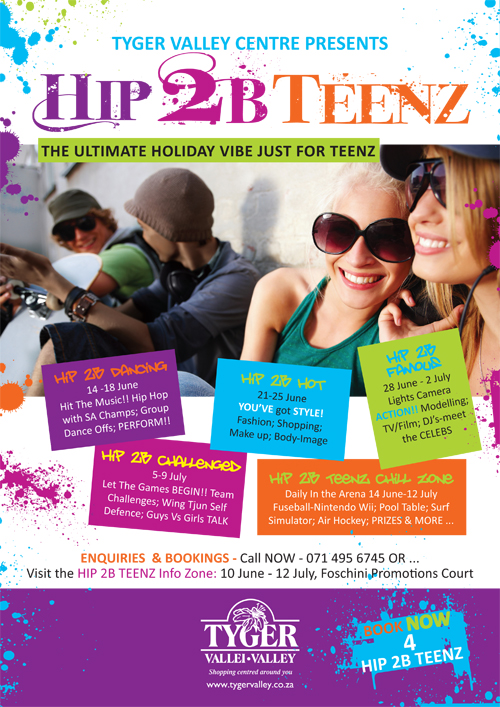 In association with the ACVV – N.P.O Social Development 2010

as we produce the ultimate “Teens On Stage” experience.

The 150 teens will be indulged with crucial life skills on self esteem, self belief and self respect. Overcoming life’s hurdles, accepting challenges and ultimately becoming the you that you really can be! Together with CODE TEEN the 150 teens will over 4 weeks be styled, trained and groomed by SA’s top models, make up artists, stylists, DJ’s, choreographers, Hip Hop dancers. All building up to the “Backstage Pass Teens On Stage” production where the local community will experience the ultimate showcase of talent and reformed ambition as the 150 teens produce and showcase a medley of talent, aspirations, determination and dreams …

the destiny we are ALL capable of.